Diaper David Vitter is at it Again.. No Not That.. UPDATE!!!! 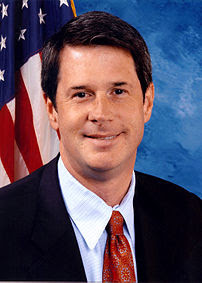 From the CQ Politics Political Wire

SINCE THE TERROR WATCH LIST AT AIRPORTS IS AT 1 MILLION, SHOULD IT BE 1 MILLION AND 1 MAYBE SO...ADDING DIAPER DAVE TO IT.

The Louisiana senator arrived at his gate to find it already closed and then "opened the door, setting off a security alarm and prompting an airline worker to warn him that entering the gate was forbidden." Vitter "gave the airline worker an earful, employing the timeworn 'do-you-know-who-I-am' tirade that apparently grew quite heated."

However, when the worker left to find a security guard, Vitter "turned tail and simply fled the scene."

Of course the comments on these pages are always what are the most telling...one of the best I thought:

He probably lost track of time while tapping his toes in the men’s room.

Ahh the classic- rules are for the little people move....
too bad Homeland security did not deck him & drag him away in cuffs.