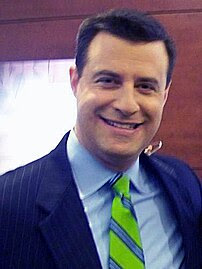 I follow Joe Trippi on Twitter. He has been very active in trying to get Roy Bennett released from a Zimbabwe Prison, where he was unlawfully detained by Mugabe.

There is a story finally in the New York Times today about this. The only media figure who has reported on this has been David Shuster on 1600 Pennsylvania on MSNBC.

Joe also has a blog and I have been following his posting on there about this too. He has posted on there and so have others who work with him. This is something that has been very important to him and to others.

David has talked about this several times on his show and even interviewed Heather Bennett one day about it. I am so glad that finally Mr. Bennett has been released on parole and hopefully now is safe, at least for the time being. We have to keep up the pressure to make sure that others who were held are released and that this kind of thing stops.

This is one of those things that was ignored by the Bush Administration. Hopefully Pres. Obama will not ignore it and will start looking into these things and the UN will start getting involved in this too.